A Saturday in Oxford 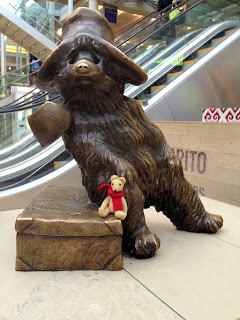 Seated comfortable at home it is nice to look back on the pictures form my Saturday in Oxford some weeks ago. Since I was in London my journey to Oxford started at Paddington Station. I am not the only bear who has been to the station. I actually think the train station is named after the famous bear Paddington. He has got his statue there and I was glad to be pictured on his suitcase. 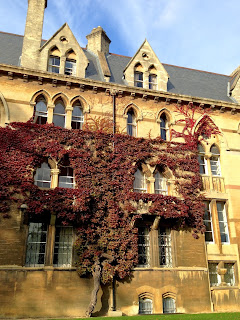 In Oxford I met with my dear friends @Tim_kirby and @mrsfiddlestick. They are so nice to be with and the perfect guides for a day in Oxford. They know all the interesting places and where to get really nice food. We had pies for lunch and huge deserts involving chocolate and cream and ice cream.

Oxford is famous for universities and colleges and murders too. I have been watching a crime series on TV that is called Inspector Morse and all the murders are happening in Oxford. I was a bit anxious to start with.... but  didn't see any bodies or Inspectors.

Instead a got really fascinated with all the beautiful buildings.Some are very famous and some are not so famous but really beautiful and old and interesting 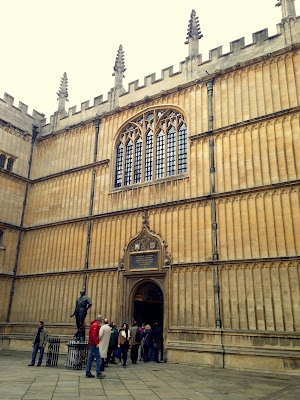 The Bodleian Library is really famous. It is a round building, so it is not what you see here. What you see her is a square building that is next to the library and part of it at the same time I think.

Alice in Wonderland holds a readers card. I might get one myself. 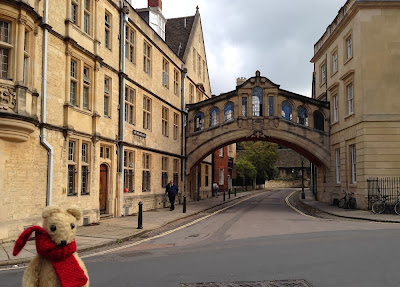 The bridge of Sighs is another land mark. I have friends who has had their picture taken here and therefor I thought I should have one too. Even if it was quiet when I was there I could not hear a sigh form the bridge. 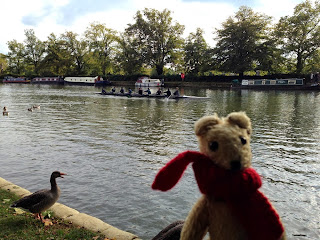 My dear hosts took me to the river Thames and looked at the rowers.I wanted to make a report from the river, but the photographer go so focused on a goose that I gave up the project  for a little while.

Many of you will know that I don't really give up so I had a chat with the photographer and we were back on track for a report.


Lots of fresh students were out testing if they wanted to take up rowing in their student years. There are so many things they have to master, including getting the really long boat into the boat house. 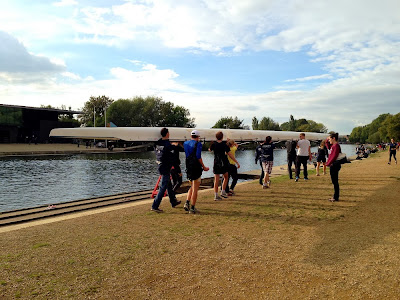 I spoke with some lovely students that had just finished their rowing training for the day. A girl form the team asked if I wanted to try the cox's seat... and I did like it there. 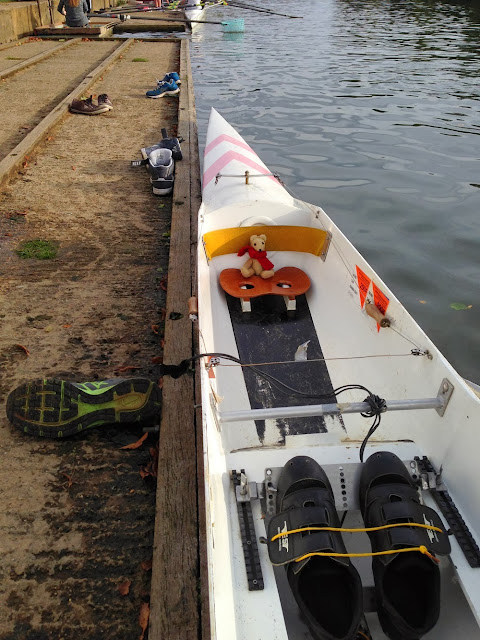 The girl recognised me from interweb and said that I was famous.  She was really beautiful and very bright and I am sure she will become famous herself one day if she likes to. Objectively, she is the most clever student I have ever met. She studies at Pembroke College and I wish her all the best in the world....as I wish all humans.

Thank you for reading my report form Oxford.